Since its founding in 1998, DRLPS has had a dedicated group of hard working and highly competent volunteers who functioned as a team.  The results of the efforts of the DRLPS Team have been significant recognition for their accomplishments.  The history of this recognition is detailed below.

Over the years, DRLPS has filed applications for a variety of reasons, e.g., grants, transfer of the lighthouse ownership, listing on the National Register, etc.  Most of these applications required ‘letters of support’ from esteemed people involved in lighthouse preservation.  From these letters we have gleaned some noteworthy comments that praise DRLPS.  Some of these comments are recorded here.

Recognition is a two way street. Much of the success of DRLPS must be credited to the many individuals in the national lighthouse community and governmental agencies that have supported our cause. Here is the acknowledgement list (coming soon) of our enthusiastic supporters. Our members have been steadfast in their support. DRLPS wishes to thank all of you for your support over the years. 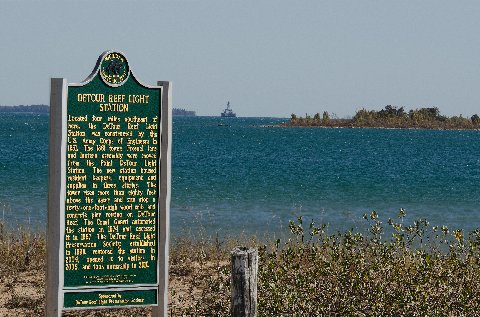 First Lady Michelle Obama honored DRLPS by designating the Society a Preserve America Steward.  “The places you care for hold a treasured place in the American story, and it is through your vision and dedication that our history will be upheld and our future will be renewed,” First Lady Obama’s letter states. 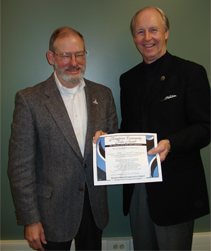 Reef Light Preservation Society was presented Old Mission Bank’s Community Pride Award.   In the award letter Old Mission Bank’s President and CEO, David Firack, wrote “the DRLPS’s efforts to serve the needs of our citizens and to create new opportunities for our children and grandchildren to live and prosper within our Eastern Upper Peninsula community are appreciated.”

September 23, 2006 – AGLMH Award for Historic Preservation:  The Association for Great Lakes Maritime History (AGLMH) presented its prestigious 2006 Award for Historic Preservation to Dr. Charles Feltner at its annual meeting held on September 23, 2006 at the NOAA Great Lakes Maritime Heritage Center in Alpena, Michigan.  Dr. Feltner was recognized for his contributions to maritime historic preservation spanning over 25 years.  His most recent efforts as Restoration Chairman for DRLPS focused on a more than $1 million dollar restoration of the historic DeTour Reef Lighthouse. 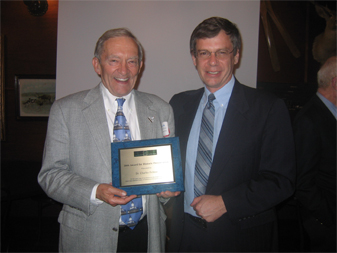 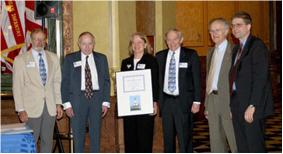 November 2, 2004 – Special Tribute from State: DRLPS was given a Special Tribute from the 92nd Legislature of the State of Michigan endorsed by Jennifer Granholm, Governor of Michigan, Jason Allen, State Senator 27th District, and Scott Shackleton, State Representative 107th District. The Tribute states that, “For over six years, the DeTour Reef Light Preservation Society has pursued all possible means of achieving their goal of preserving and restoring the lighthouse. The founders work relentlessly to increase membership and raise awareness in the community for their cause. Not only has the society received support from their community and financial donations from local businesses, they also have members from twenty five other states. The preservation society has become a “poster child” for Michigan lighthouse preservation groups due to their success as a strong, volunteer based organization. This success is based on the unfailing dedication and determination of the volunteers, as well as the loyal support of lighthouse enthusiasts.” Click here to see a copy of the certificate.